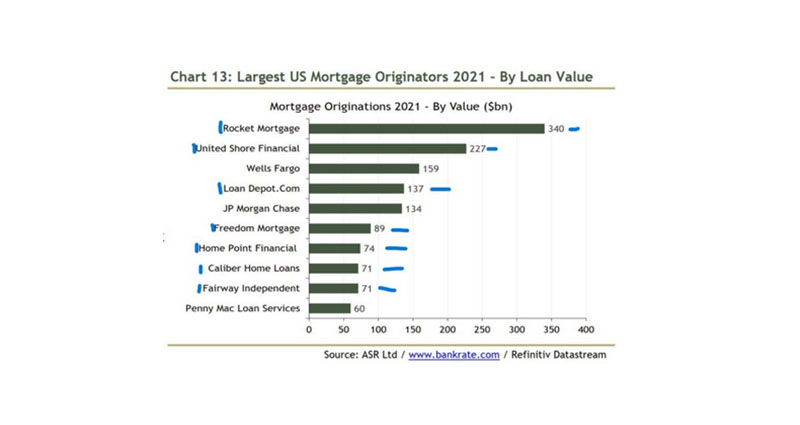 This Chart Should Scare You; is the mortgage market in for a 2008 wreck; average down not even close to 20%

The federal government in their quest to shore up the mortgage market in 2008 has created some new risks to the housing market.  Non bank lenders now make up 74% of the origination volume with only 3 banks even making the list.  What does this mean for the mortgage market and in turn the housing market?  Why are non bank lenders now making up such a large share of originations?  Do we have another large scale “wreck” coming our way?

Before talking about why banks are gaining market share, it is important to discuss Dodd Frank.  The response to the 2008 mortgage crisis was the creation of increased regulation in banks to prevent future crashes.  What was in Dodd Frank?

Dodd Frank is a series of measures that first required banks to have more capital on hand, meaning more of their own money would be at risk when they lend, and second, a set of measures restricting certain kinds of lending activities, in particular, nontransparent chopping and dicing of loans into other securities. And a third piece of the action, particularly aimed at the too-big-to-fail institutions, is that they were forced to create what are called ‘living wills,’ which are supposed to make it easier for authorities to unwind or shut down a troubled financial institution when a crisis hits.

“The fourth, and in some ways perhaps most important, was that the largest … READ MORE ...